For most of the world, fall marks another season indoors. After watching everything there is to watch, most of us have turned to books for forms of entertainment. And the best new books of fall 2020 include novels by Elena Ferrante, Bryan Washington and Frederik Backman, as well as memoirs by celebrities, such as Mariah Carey and chef David Chang.

Ahead, we list the best fall books to put on your reading list. Whether you’re in the mood for an exhilarating page-turner (Ruth Ware’s One by One may be the novel for you) or you’re a fan of self-help books (Rachel Hollis, a.k.a. the girl from Girl, Wash Your Face, as a new book about dealing with loss, fear and grief), these autumn books should be able to fill that obsession.

And, so, if you’ve watched everything there is on Netflix and are wondering what else to do indoors, try cozying up with one of these fall books, a warm beverage and a blanket and make the most of your next season indoors.

A Promise Land by Barack Obama

In his first book since leaving the White House in 2017, former President Barack Obama’s A Promised Land follows his journey as a young man in search of his identity to the President of the United States. Personal and raw, the memoir dives into Obama’s early political aspirations, his grassroots activism and the night he was elected as the 44th President of the United States —and the country’s first Black American to hold the title. Along with his political career, A Promised Land also explores Obama’s relationship with his wife, Michelle Obama, and his daughters, Malia and Sasha Obama, and the effect that living in the White House had on his family.

The Lying Life of Adults by Elena Ferrante 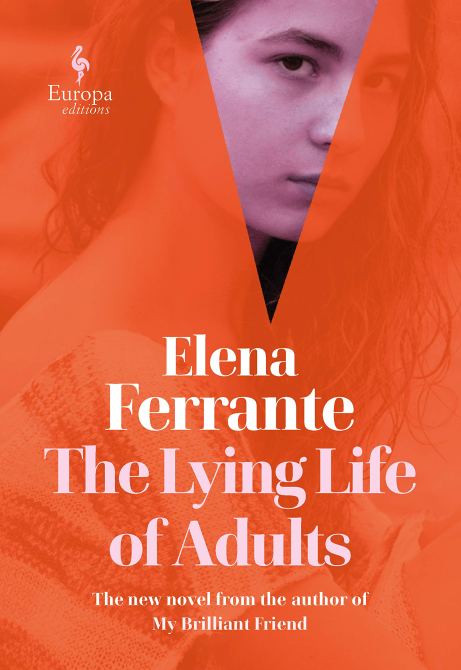 Soon to be a Netflix original series, Elena Ferrante’s The Lying Life of Adults follows an Italian woman named Giovanna, whose pretty face becomes more and more ugly each day—at least, according to her father, who thinks she’s starting to look like her Aunt Vittoria, whom Giovanna’s mother and father hate. In an effort to find a mirror to see her true reflection, Giovanna finds herself in two cities, the Naples of the depths and the Naples of the Heights, but neither city seems to have the answer she needs.

Eat a Peach by David Chang 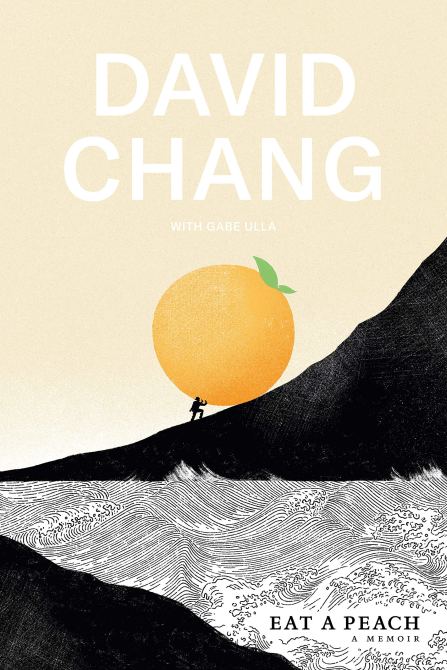 Written by Momofuku Noodle Bar owner David Chang, Eat a Peach follows Chang’s career at several crucial moments in his life: his childhood in a religious Korean-American family in Virginia, the moment he realized his love for cooking while teaching English in Japan, and the day he opened Momofuku Noodle Bar in the East Village in New York City in 2004 and changed the food world forever.

You know the name, but who is Mariah Carey? The Meaning of Mariah Carey is Carey’s first-ever memoir and dives deeper into the pop star than any magazine or 10-minute television interview she’s done in the past. The book follows Carey’s career from her childhood as a scared little girl with a big voice to her rise as one of the most successful recording artists in music history.

All the Devils Are Here by Louise Penny 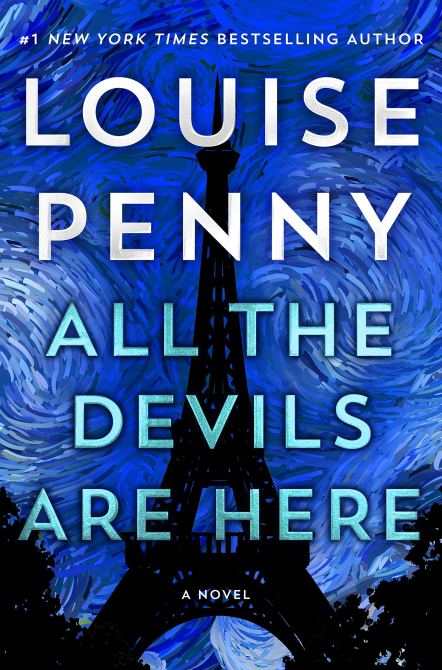 All the Devils Are Here is Louise Penny’s 16th novel. The book follows Chief Inspector Armand Gamache of the Sûreté du Quebec as he vacations in Paris with his family. On his first night there, Armand and his wife, Rein-Marie, witness a horrific attack on his grandfather, Stephen Horowitz, who is critically injured after Armand and his family have dinner at a Paris bistro. When Armand finds a mysterious key in his grandfather’s possession, he’s sent down a rabbit hole of secrets that reveals the web of lies that his grandfather has told for decades. 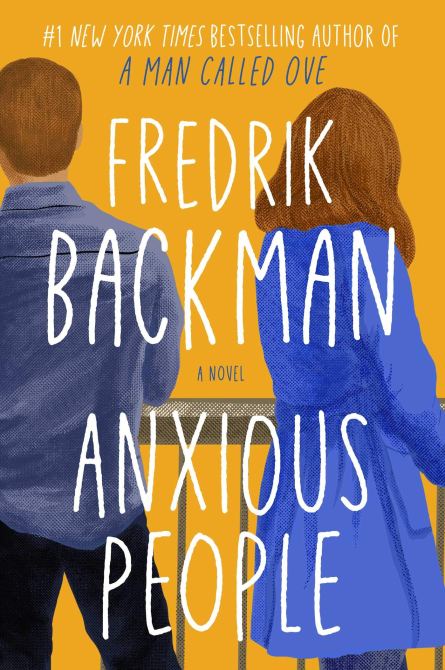 Frederik Backman’s Anxious People is a though-provoking novel about eight people at an apartment open house who are bonded forever when a failed bank robber breaks in and takes them hostage. One by one, the book reveals the secrets of each of these anxious strangers—a real estate agent, a bank director, a young couple, as well as the robber—as the media and the police close in on the hostage situation.

One by One by Ruth Ware 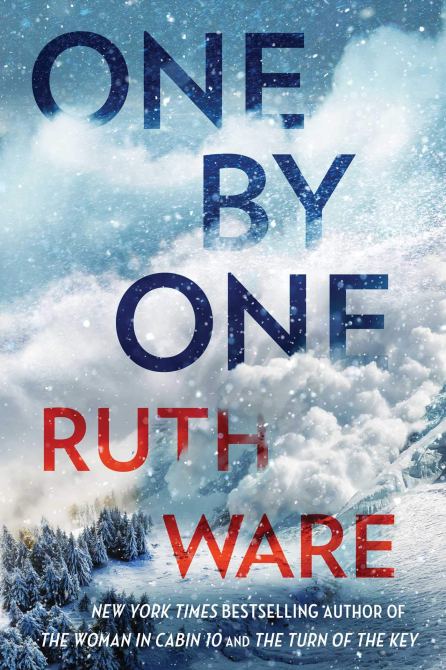 Ruth Ware’s One by One follows a group of employees from the London tech startup, Snoop, as they travel to the French Alps for a weeklong team vacation. Their vacation becomes less-than a team-bonding experience, however, when an avalanche crashes into their luxurious ski chalet and leaves them without any sign of rescue, especially as one of their employees is still out on the slopes. One by one, panic sinks in. 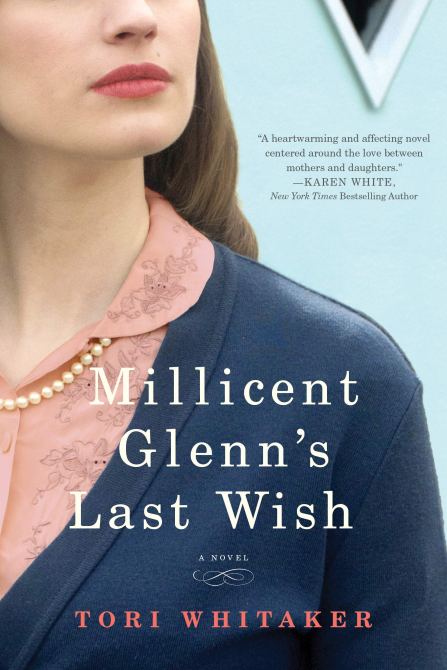 Tori Whitaker’s Millicent Glenn‘s Last Wish tells the story of three generations of Cincinnati women: Millicent Glenn, a 91-year-old woman who lives alone, her daughter Jane, whom she has a shaky relationship with, and her granddaughter, who, to Millicent’s surprise, reveals that she’s pregnant. The pregnancy news, which is revealed on Millicent’s 91st birthday, takes her back 60 years ago when her life was different. The book explores how one moment can shape a person’s life forever. 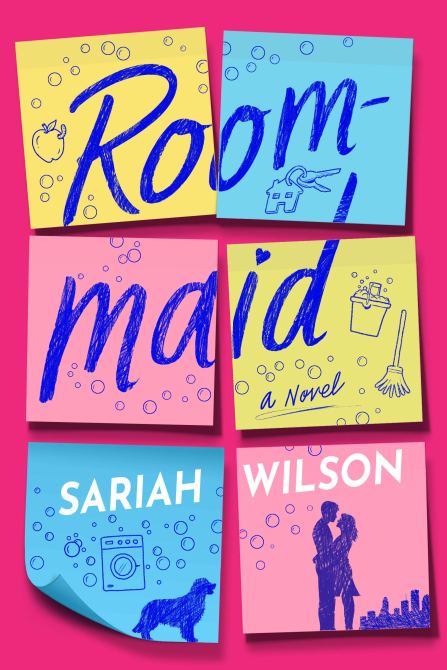 Rommaid follows a young woman named Madison Huntington, who is on a mission to follow her dreams and live on her own without her family’s wealth and influence, which means saying no to her family business, her allowance and her home. Madison, however, soon realizes that the real world is much more difficult than she anticipated, especially on a teacher’s salary. And so, to save money, Madison, who hasn’t washed a dish in her life, accepts a position as roommaid, a live-in maid for a rich and privileged entrepreneur named Tyler Roth, who also happens to run in the same social circles as her parents. 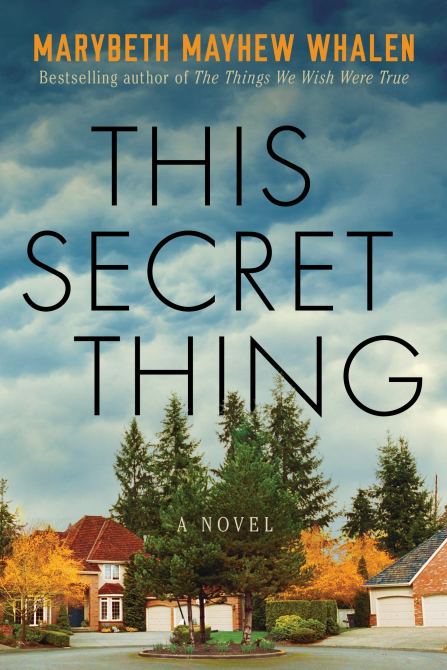 Marybeth Mayhew Whalen’s The Secret Thing is follows Norah, a single mother in Raleigh, North Carolina, who is arrested and accused of working as a suburban madam. After her mom’s arrest, Norah’s daughter turns to her grandmother, Polly, who is estranged from Norah. The scandal also shakes up the life of Bess, Norah’s best friend whose daughter runs away, and Nico, a detective on Norah’s case who hopes that she will lead him to his missing brother.

Welcome to the United States of Anxiety: Observations from a Reforming Neurotic by Jen Lancaster 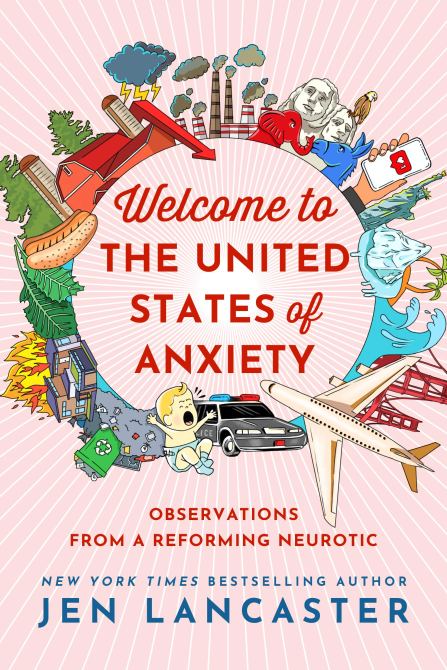 Image: Courtesy of Little A.

Buy: ‘Welcome to the United States of Anxiety‘ by Jen Lancaster $10.99

In Jen Lancaster’s Welcome to the United States of Anxiety, Lancaster, the author of bestselling books like Here I Go Again and The Gatekeepers, helps readers de-stress from their lives filled with social media pressures and terrifying news about crime, the environment and politics through frank advice and witty wisdom.

A Single Swallow by Zhang Ling 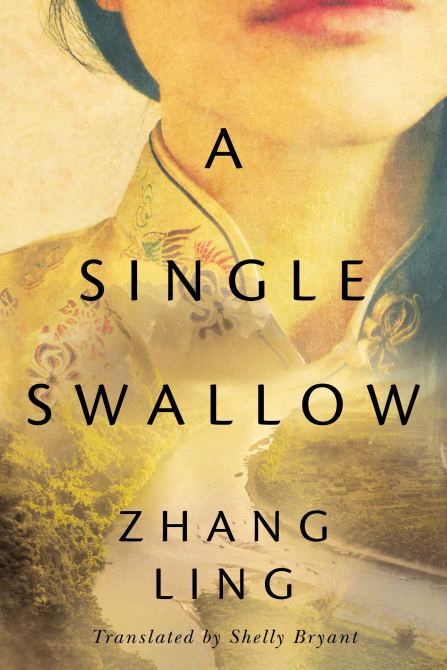 This English translation of Zhang Ling’s award-winning novel is about three men who make a pact after the 1845 Jewel Voice Broadcast, the day that Emperor Hirohito announced Japan’s surrender to the Allied forces, which brought the end of World War II. The pact was that, after their deaths, their souls would return Chinese village they spent their younger years each year on the anniversary of the broadcast. Fast forward to 70 years later, and an American missionary Pastor named Billy, and local soldier Liu Zhaohu take over the pact. What’s missing is Ah Yan, a.k.a. Swallow, a woman each man loved. The book unravels the mystery around Swallow and each man’s personal relationship with her.

Didn’t See That Coming: Putting Life Back Together When Your World Falls Apart by Rachel Hollis 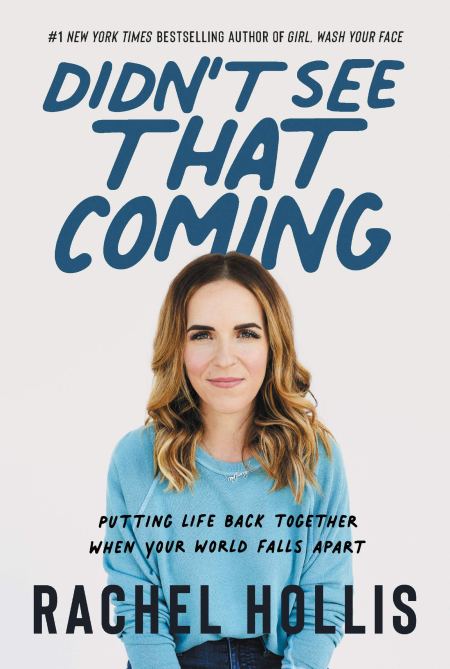 Rachel Hollis, the author behind the bestselling book Girl, Wash Your Face, is back with another self-help book about what to do when one experiences fear, grief and loss, a.k.a. the “hard seasons” of life. In the book, Hollis explains that what’s good will always be good and that it is up to you how you come through your pain, whether it’s to learn, grow and change for the better or to stay in the same place of hurt.

The Return by Nicholas Sparks 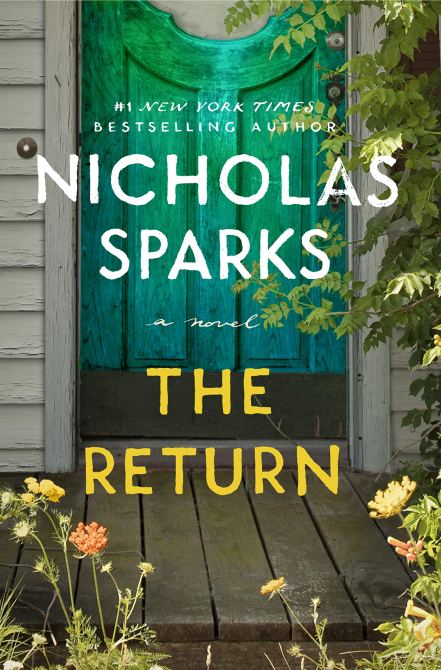 Written by bestselling romance novelist Nicholas Sparks, The Return tells the story of an injured Navy doctor named Trevor Benson and two women, Natalie Masterson, a deputy sheriff he can’t ignore, and Callie, a neighbor who lives in the trailer park down the road, who come to change his life. 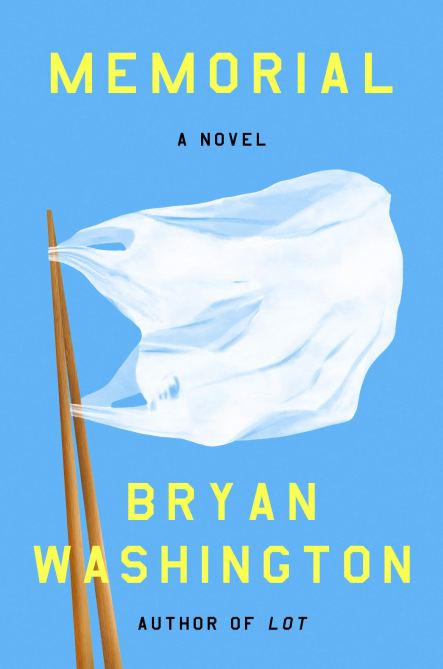 Bryan Washington’s Memorial follows two young men: Mike, a Japanese-American chef at a Mexican restaurant, and Benson, a Black day care teacher, who live together in Houston. Though Mike and Benson have been together for years, they come to realize that they’re not sure why they’re together. Their relationship takes a turn when Mike learns that his estranged father is dying in Osaka and he must fly across the world to say goodbye. Mike learns this news right as his Japanese mother, Mitsuko, arrives in Texas. While Mike is in Japan, Mitsuko and Benson find themselves stuck together as unconventional roommates. 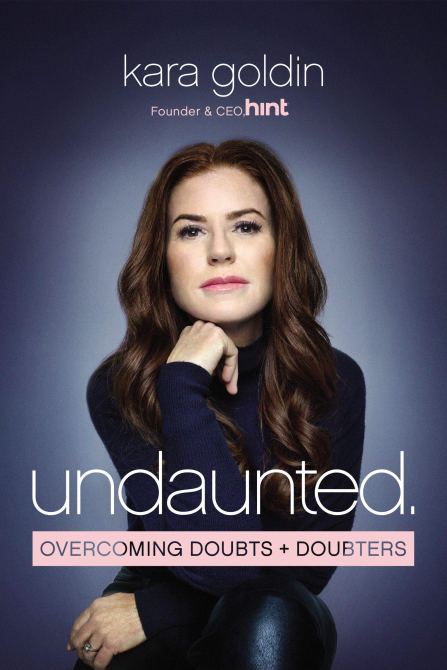 Part autobiography, part business memoir, Hint founder and CEO Kara Goldin’s Undaunted: Overcoming Doubts and Doubters is an inspiration nonfiction book about how Goldin turned unsweetened flavored water into one of the most successful beverage businesses of the 21st century. Packed with honest stories about success and failure, the book follows Goldin’s career as she shares lessons from her mistakes and motivates readers to be undaunted and take what’s theirs.