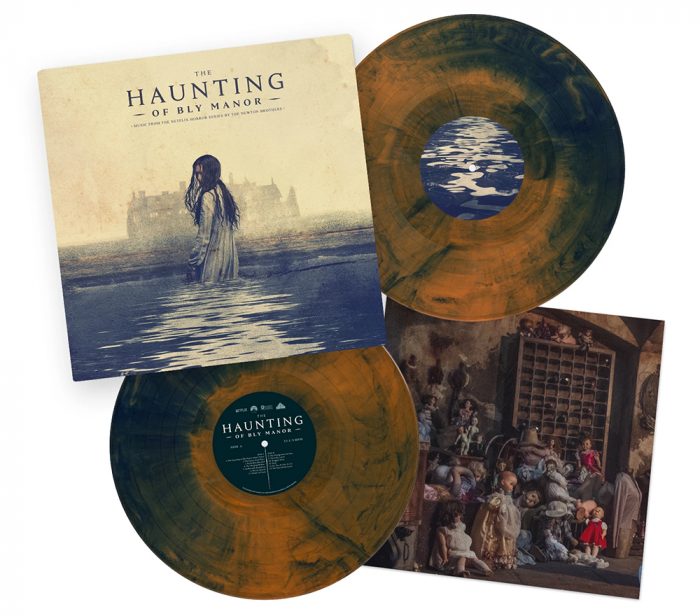 Loosely based on the 1898 horror novella The Turn of the Screw by Henry James, The Haunting of Bly Manor tells the story of a young governess hired by a man to look after his niece and nephew at the family country house after they fall into his care. Arriving at the Bly estate, she begins to see apparitions that proceed to haunt the premises. In addition to Mike Flanagan‘s thoughtful eye for terror, the suspense and scares are heightened by the show’s outstanding score, and now it can be yours on vinyl. 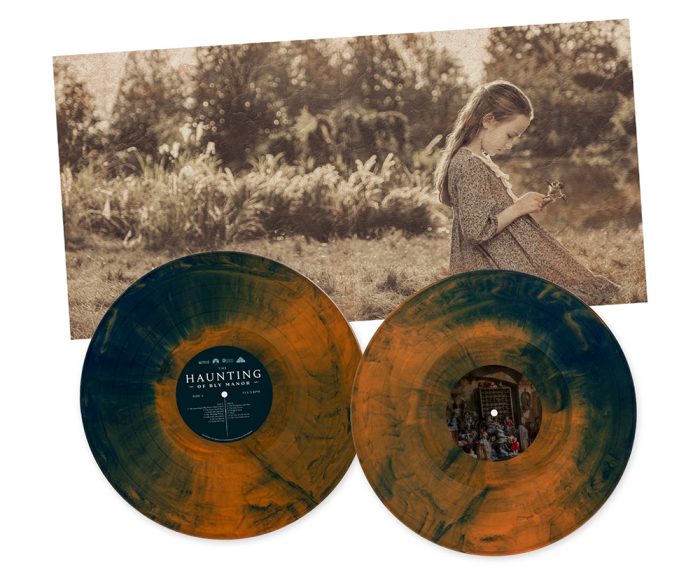 Here’s what Waxwork Records has to say about The Newton Brothers’ score for The Haunting of Bly Manor:

Andy Grush and Taylor Newton Stewart, known collectively as The Newton Brothers, are film score composers, record producers, conductors, and multi-instrumentalists. The duo is known for creating engaging scores and experimenting with unorthodox instruments and the usage of analog, modular synthesizers. The composing duo have been noted to create dark emotive, melodic scores while implementing aleatory noise (broken glass, metal scrapes) to evoke suspense and dread in the listener.

The Haunting of Bly Manor vinyl soundtrack is a deluxe double LP pressed on 180 gram “Lady in the Lake” Rust and Deep Blue Swirled Colored Vinyl. It comes with production stills, a 12×12 insert and deluxe packaging. You can pre-order it now at Waxwork Records for $35, and it will ship sometime in December.

READ  ‘Jiu Jitsu’ Trailer: Nicolas Cage Trains a War Hero to Fight an Alien in the Battle for Earth

If you’re looking to pick up the new color variant of The Haunting of Hill House vinyl soundtrack, you can also grab that at Waxwork Records for $35 on “Red Door” Marble Colored Vinyl Colored Vinyl.

Lois Lane is ready for action.

Details about George Lucas‘s original unused treatments for the Star Wars sequel trilogy have been somewhat hard to come by over the years. But thanks to a new book written by Lucasfilm’s Pablo Hidalgo, we know Lucas’ plans for the new trilogy share at least two major things in common with the versions that ultimately […]

Bungie has confirmed that the next-gen version of Destiny 2 will be available for PlayStation 5, Xbox Series X, and Xbox Series S in December. “Earlier today, we announced how Destiny will perform on your next-generation console devices,” says Bungie via a recent blog post. “If you have a pre-order in hand, we want to set […]

October 16, 2020
New set videos from Matt Reeves’ The Batman show the Caped Crusader in a number of action sequences, and one of them gives us a fresh look at Zoe Kravitz as Catwoman.
October 16, 2020