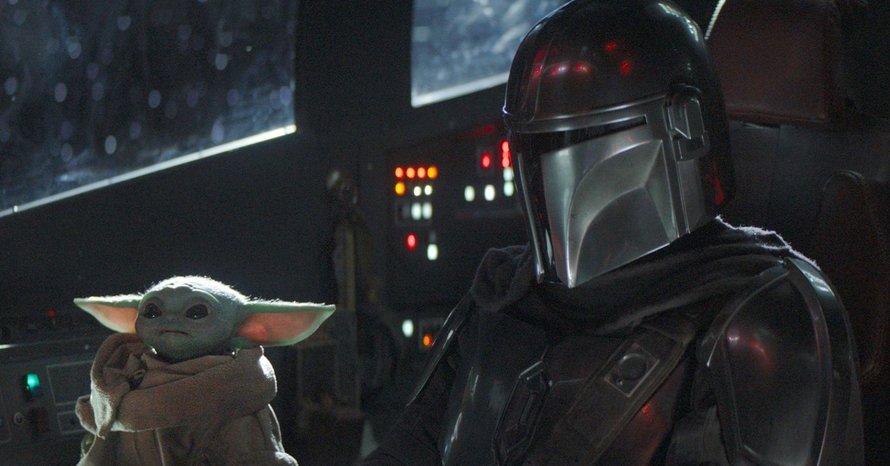 A new TV spot for The Mandalorian season two includes new footage of Din Djarin and his renegade team.

The latest teaser for the Disney Plus series spotlights the action waiting for fans when The Mandalorian season two arrives later this month. It does reuse several moments we’ve seen before, including Baby Yoda and Din Djarin on the boat as well as a shot of Giancarlo Esposito cutting his way out of his TIE Fighter with the Darksaber. But the footage also shows off everyone’s favorite bounty hunter getting to grips with the jet pack that he was given at the end of the first season.

Cute shots of Baby Yoda aside, The Mandalorian teaser also briefly sees Djarin blasting away from some kind of Imperial facility using the iconic jet pack we’ve seen other famous bounty hunters wield. When Pedro Pascal’s hero first used the jet pack at the end of the first season, it’s fair to say he had no idea how to use it properly. However in the teaser posted to Twitter, he’s clearly got the hang of it. Take a look at The Mandalorian season two teaser below.

What do you make of the new teaser for The Mandalorian season two? Are you excited to see Baby Yoda return? Sound-off in the comments below!

The Mandalorian season 2 is set to debut on October 30th on Disney Plus. Stay tuned for all the latest news on The Mandalorian and be sure to subscribe to Heroic Hollywood’s YouTube channel for more original video content.

The actress says she’s not involved with the series.

The post Tatiana Maslany Says She Hasn’t Been Cast In ‘She-Hulk’ appeared first on Heroic Hollywood.

The Doctor Strange 2 cast is growing. Xochitl Gomez, who recently appeared on Netflix’s The Baby-Sitters Club, has joined the Doctor Strange and the Multiverse of Madness cast. Who is she playing? We have no idea! Like the Multiverse of Madness itself, this is a story shrouded in mystery. But it’s just another sign that Marvel is soldiering on with […]

Does America have a favorite witch? Our friends over at Spruce have the answer, broken down by every state in the US! “The Spruce team loves settling in and watching some great Halloween movies this time of year, preferably with some pumpkin-flavored snacks. You’ve got your classics, like Hocus Pocus, your re-makes, such as The […]

The post Link Tank: The Most Popular Pop Culture Witches in America appeared first on Den of Geek.

October 16, 2020
It’s been a fun month to be a Disney Plus subscriber so far, and today’s content drop aims to keep that trend alive. We’re being treated to the addition of a new original movie, the premiere episode of an original show, and plenty more that should keep you busy over the weekend – especially if you’re a fan of nature.
October 16, 2020
Whoa…