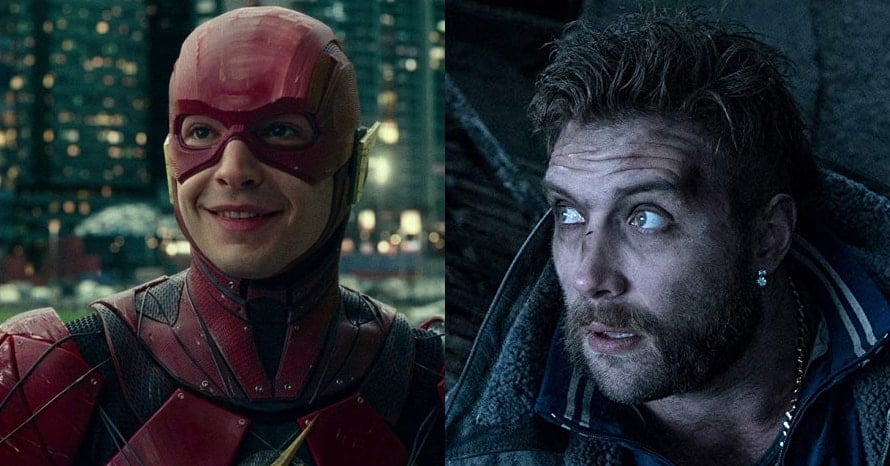 Jai Courtney wants to see Captain Boomerang take on The Flash after The Suicide Squad.

While fans will next see Jai Courtney’s Captain Boomerang in The Suicide Squad, the star recently revealed that he’d like to see a rematch between Digger Harkness and Ezra Miller’s The Flash throughout a whole movie. Although David Ayer’s Suicide Squad wasn’t well received by fans and critics due to Warner Bros. and DC’s interference, one of the most popular elements (Harley Quinn aside) was Courtney’s performance as Captain Boomerang.

Robert Pattinson’s ‘The Batman’, ‘The Flash’ & Other DC Movies Delayed

The Suicide Squad star Jai Courtney recently spoke to ScreenRant ahead of his next film, Honest Thief, and the outlet asked him whether he’d like to face off against the Scarlet Speedster once again. Fans will remember that Ezra Miller’s The Flash is the reason Captain Boomerang wound up on Task Force X in the first place, so the motivation for a rematch is already there. Take a look at what Courtney said below.

I hope so, man. I hope so. People higher up than me make those decisions, but I think the fans would love that. Who knows, man? Who knows the shape of how things are gonna go. I think there’s a ton of properties being made, and they’re tackling some great success now coming DC’s way. I think they’re making some really good moves. So, we’ll see. That’d be awesome. If it was up to me, I’d have that thing in development already. But we’ll see how we go.

Would you like to se Jai Courtney fight Ezra Miller in a rematch between Digger Harkness and Barry Allen? Sound-off in the comments below!

The first Suicide Squad followed a team of supervillains who were recruited by the government for a dangerous black ops mission in exchange for reduced sentences. The ensemble cast included Will Smith as Deadshot, Margot Robbie as Harley Quinn, and Jared Leto as The Joker. However, James Gunn is expected to deliver on the fresh take on the team in his upcoming movie.

The Suicide Squad is currently scheduled to hit theaters on August 6, 2021. Stay tuned for all the latest news regarding James Gunn’s The Suicide Squad and Jai Courtney and be sure to subscribe to Heroic Hollywood’s YouTube channel for more original video content.

Jessica Chastain and Anne Hathaway are going to play rival housewives in the psychological thriller Mothers’ Instinct, the English-language remake of Olivier Masset-Depasse‘s 2018 Belgian film Duelles. Masset-Depasse will be directing this English-language remake, which Chastain will also be producing. Jessica Chastain and Anne Hathaway have starred in films together before — namely Christopher Nolan’s Interstellar — but […]

The first footage from Halloween Kills was unveiled today during Blumfest, a one-day online event focused on new and upcoming movie and TV projects from the Blumhouse production company. The sequel to 2018’s Halloween, the successful, acclaimed reboot and follow-up to John Carpenter’s original 1978 classic, is bringing back several legacy characters from that movie, […]

October 29, 2020
It can never be easy for an actor to walk away from their career-defining role, and some find it much harder than others to let go. Sylvester Stallone is still churning out Rocky and Rambo movies over 40 years later, while fellow action icon Arnold Schwarzenegger repeatedly lived up to his most famous line by coming back to the Terminator franchise over and over again.
October 29, 2020

One of the best parts of Frozen II is when Olaf has to recap the events of the first movie for the Northuldra and a troop of Arendelle soldiers who have been trapped in an enchanted forest for decades. Now, to help motivate people to vote in the 2020 election, Josh Gad has taken it […]

The post The ‘Star Wars’ Prequel Trilogy Gets Recapped in 8 Minutes By Josh Gad as Olaf the Snowman appeared first on /Film.

The election is days away. No one knows if there will be an orderly turnover or the disorderly donut hole of malevolent maneuverings. The nation is divided and civil unrest is in the air. This follows a summer which was prophetically and perennially summed up in “Trouble Every Day,” a song from Frank Zappa and […]

The post None of This Would Be Happening If Frank Zappa Had Been President appeared first on Den of Geek.