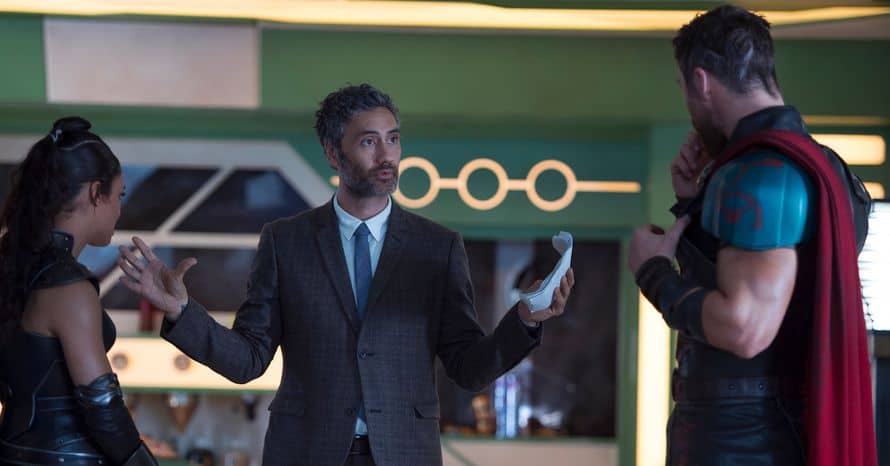 There’s plenty of references and Easter eggs hiding across the Marvel Cinematic Universe, but a fan with a keen eye recently spotted a new cameo from none other than Thor: Ragnarok director Taika Waititi in the God of Thunder’s third solo outing. Waititi recently confirmed that the script for the next Thor film, Love and Thunder is finished, teasing plenty of romance ahead for the Norse God. But it seems the director managed to make another appearance in Ragnarok that largely went unnoticed by fans.

A Marvel fan on Reddit, ‘shadyarya25’ posted a screenshot from Thor: Ragnarok during a scene involving all the gladiators on Sakaar, pointing out that a character in the background with three heads is actually director Taika Waititi himself. Obviously the director also played the lovable Korg in both Ragnarok and Avengers: Endgame, but apparently he couldn’t help but make a second cameo in the film. Take a look below.

Did you spot director Taika Waititi in Thor: Ragnarok? Are you excited to see Love and Thunder? Sound-off in the comments below!

In Marvel Studios’ Thor: Ragnarok, Thor is imprisoned on the other side of the universe without his mighty hammer and finds himself in a race against time to get back to Asgard to stop Ragnarok – the destruction of his home world and the end of Asgardian civilization at the hands of an all-powerful new threat, the ruthless Hela. But first he must survive a deadly gladiatorial contest that pits him against his former ally and fellow Avenger – the Incredible Hulk!

Thor: Ragnarok is now available on Digital HD, 4K Ultra HD, Blu-ray, and DVD. Meanwhile, Love and Thunder is set to hit theaters on February 11, 2022. Stay tuned for all the latest news regarding the Marvel Cinematic Universe and be sure to subscribe to Heroic Hollywood’s YouTube channel for more great video content!

ALSO READ  Everything Coming To Netflix, Disney Plus, HBO Max, Hulu And Prime Video In December