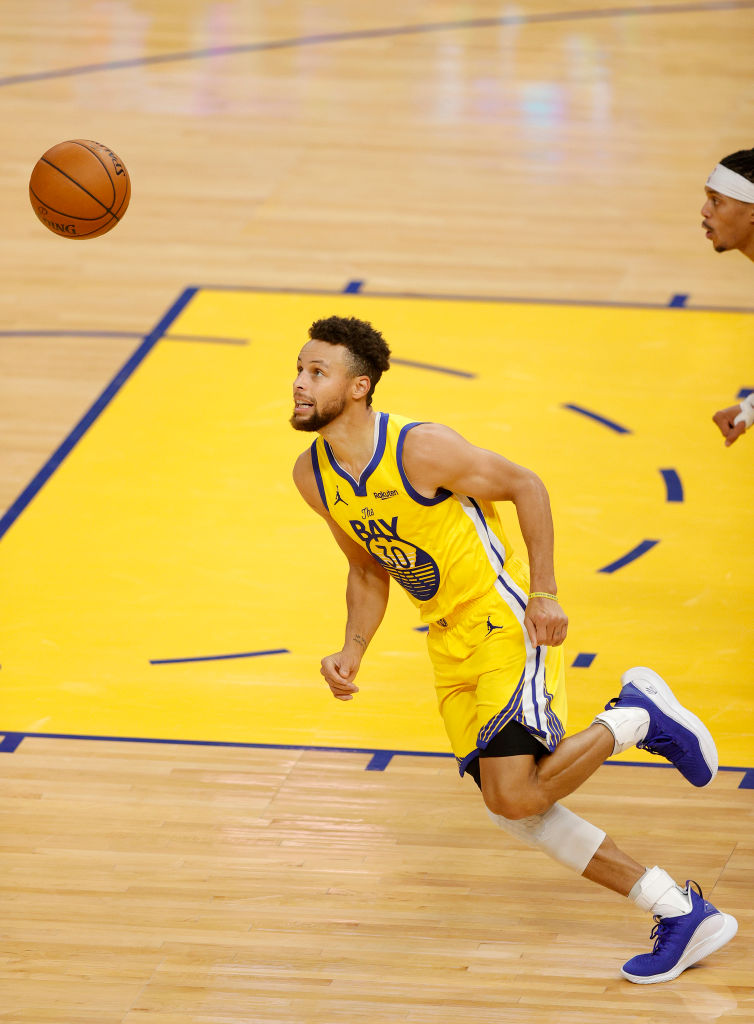 Steph Curry endured much criticism to start off the season as he’d struggled to get his Golden State Warriors in the Win column without his PNC, Klay Thompson. But after burning the Portland Trailblazers for 62 points, it looks like Chef Curry is back in the kitchen and Under Armour is preppin’ an exclusive dish in celebration of his return.

Sneaker News is reporting that Under Armour is blessing 62 students at the Oakland Unified School District with free pairs of the upcoming “Flow Like Water” colorway of their Curry Flow 8.

This upcoming January 22nd release features a full Warriors royal blue upper with a clean white contrast on the sole and mudguard, while subtle hits of bright Golden State yellow can be found throughout.

Curry Brand was officially unveiled in late 2020; a subsidiary of Under Armour, this sub-label will chiefly focus on Steph Curry’s footwear and apparel while focusing on encouraging youth basketball movements globally. By the year 2025, Curry Brand aims to impact 100,000 young athletes through grassroots efforts, camps, and more.

Say what you will about Under Armour and their Curry Flow signature line, ain’t no one turning down a free pair of sneakers. Doesn’t matter if it’s Under Armour, And 1, British Knights or even LA Gear – we takin’ em.

The sneakers are set to drop later this month but no word on when those lucky 62 students will get their pairs or what requirements will have to be met for them to get ’em. One thing’s for certain though, they will be balling in these cause they look comfortable as can be.