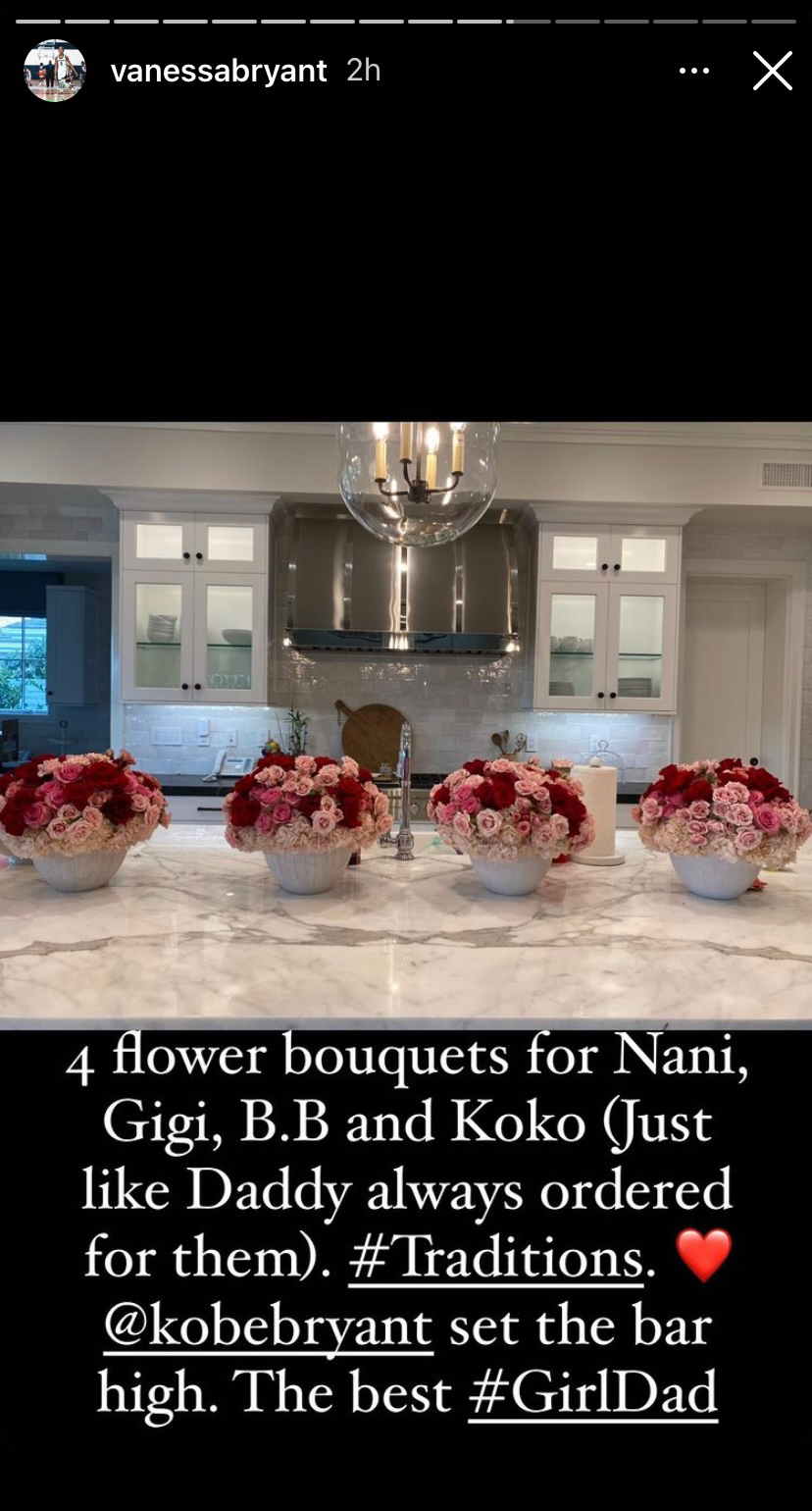 On Sunday, the 38-year-old took to Instagram to post a throwback photo of her and the former basketball player all-wrapped up in each other for the romantic holiday, which comes just over a year after his unexpected death. In the caption of the image, which showed Vanessa in a pair of white bunny ears, she wrote:

“Happy Valentine’s Day Boo-Boo. I love you for now, forever and for always. @kobebryant #TiAmo”

Anyone else crying, or is it just us??

The momma also shared another snapshot from the past, which featured her rolling up to take the LA Lakers star home from the airport after giving him a bouquet.

“2000 Thx for sending me this pic @adbphotoinc. Took me back to the day I gave @kobebryant roses when I picked up from the airport. #LA.”

Later on in the day, she posted a pic of four arrangements of roses, which came in various hues of pinks and reds, to her Insta Story. In the post, she revealed it was a longtime tradition of Kobe’s to get a big bouquet for each of the couple’s daughters, which still included Gianna Bryant, who died with her father in the tragic helicopter crash in January 2020, this year.

We love that the tradition is still being maintained even after everything!