George Stephanopoulos introduced the ABC morning show segment called “The Rise of the Three Parent Family” on Friday, October 8. “Now to a new idea in parenting, the three parent family” the GMA co-anchor began, adding, “It’s a story we first saw in The Atlantic,  Becky Worley spoke with a trio that’s making it work.”

But enough about good ol’ George. Becky Worley segued into her report with a cheesy joke excusing the outlandish three parent family: “Sometimes parenting makes me feel like I need six arms to get everything done.” Oh we see where this one’s going. “Well one family in my town – here in California [where else?] – decided to break the traditional family mold, and legally bring more than two people into the busy process of raising a child,” the correspondent claimed.

Worley went on to describe this new “modern family” (ABC loves referring to these unnatural situations as such) as being composed of one man, one woman, their biological child and one “asexual” man who really wants to help them raise that child. What on earth?

Worley stated, “Tavi is a happy, healthy three year-old and now, meet her mom, her dad, and her other dad.” Again, not every member of this throuple is involved with the others sexually. Biological mom and dad are romantic with each other, whereas the second dad is an asexual male who apparently wanted to raise a kid so bad that he’s borrowing someone else’s. Yeah, it’s probably weirder than some strange three-way when you really think about it.

Worley explained, “Mom and Daddy Zeke are a married couple; Dada – David – though has no biological tie to Tavi and is not romantically involved with either of his co-parents, or with anyone for that matter.”

“I identify as asexual and I always have,” said parent number three, David Jay. Asexual is the new age nomenclature for someone who claims to not have a drive for any sexual activity. Jay explained that he had “thought about the single parent route, and it’s so much easier to not be doing it alone.” Ah, so Jay’s the glorified babysitter who doesn’t have to deal with all the responsibilities of being a single parent or dealing with a monogamous relationship.

Sounds like he gets his cake and gets to eat it too. Too bad Tavi’s the one who is screwed out of the normal, stable family dynamic.

The three parents explained to Worley how they came up with this insane agreement. Jay claimed, “We spent about five years just practicing being a committed part of one another’s lives, before we ever raised the topic of kids.” Wow this really takes the concept of BFF to a whole new level. It’s too strange to contemplate.

The GMA correspondent reported that Jay had legally adopted his partner’s biological kid when she was “18 months old.” Now the co-parents “split chores, a joint bank account for certain expenses, and even bought a house together.”

According to the report, three parent households are actually legal in “Maine, Washington, California, Rhode Island and Vermont.” “Chosen Family Law Center” executive director Diana Adams told GMA viewers that three parent families are legal in said states for the sake of “protecting children from having those parental relationships removed.”

Oh, OK, well if someone’s son is attached to each of the twelve women in Daddy’s harem, does that mean that situation should be legally protected? That’s pretty messed up, Good Morning America.

October 29, 2020
In PUBG Season 9, we’re raising the stakes and taking you to the high altitudes of South America. Welcome to our new dynamic map, Paramo! With Paramo, we wanted to try something we’ve never done before with our previous maps. Paramo introduces a dynamic world system which produces different landing and looting experiences for each […]
October 29, 2020

Gears POP! was a surprise reveal blending the worlds of Funko POPS and Gears of War into a tactical mobile game that was announced right at the same time as Microsoft’s Gears Tactics. A more playful experience with some of our favorite Gears characters, the name alone was not enough to keep this train chugging. Unfortunately, the studio behind the title, Mediatonic, has announced that servers will be shutting down permanently early next year.

The studio took to the Gears POP! blog to share the latest update. “Thank you Gears,” begins the farewell. “Together we have taken on countless waves of Horde and vanquished foes on the Versus battlefield but sadly Gears Pop! is closing on April 26, 2021. Until that time, we’re bringing back some of our most popular events, increasing Bounty rewards, and upping the drop rates for Legendary Pins. Effective immediately, in-app purchasing has also been disabled. Thank you for your understanding and support.” 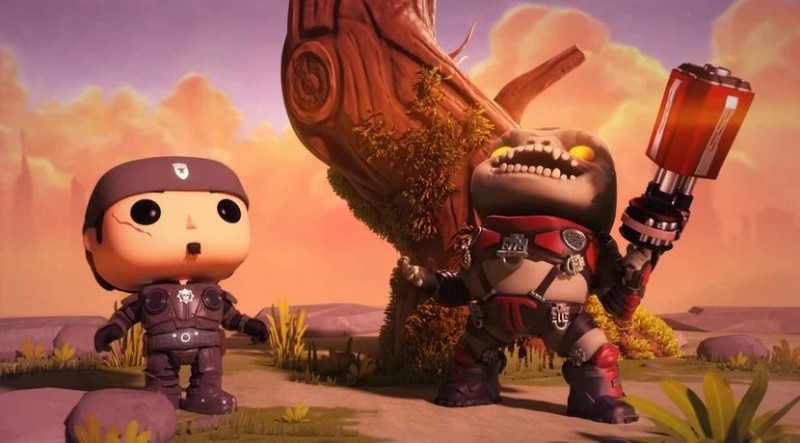 The servers will remain active, with pins still usable, until April 26, 2021. Refunds will be automatically issued for anything purchased within 90 days of October 28, 2020. Anything bought between July 30 – October 28 is eligible, according to the site, though refunds themselves might take a few weeks to process.

While some have shown interest in keeping the game alive, Mediatonic added that there are many factors that go into keeping a game like this active and functional beyond just keeping the lights on in the servers. Bug fixes, content updates, balance changes; they all factor in and this is something that the team can no longer maintain.

Mediatonic is the same studio behind Fall Guys — an adorable battle royale game with a jelly bean twist — which has seen an incredible amount of success since launch. With that online adventure still dominating in popularity, it’s good to see that the team has other creations to share with the world.

What do you think about Gears POP! and the servers shutting down? Are you sad to see it go? Sound off with your thoughts in the comment section below!