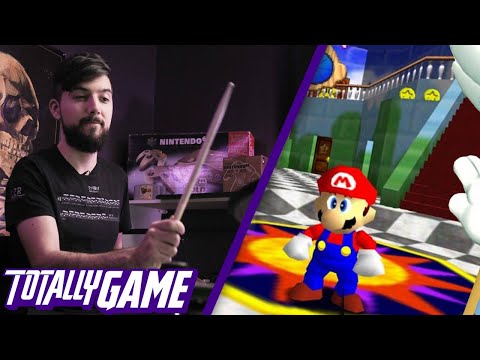 GAMERS in the age of YouTube and streaming have invented numerous ways to make their favourite pastime more interesting – from speed running to using unorthodox controllers. But one 25-year-old gamer has combined the two by using his drum kit to speed run his favourite games. Cesar Aguirre, known online as CZR, streams himself speed-drumming his way through N64 classics such as The Legend of Zelda: Ocarina of Time and Super Mario 64. The Ohio-based streamer told Truly: “Speed running games on the drums is an incredible mix of elements that I never thought possible. Games are an escape. They are a lot of fun and I just I just love playing games and have done all my life. Melding these two passions together has been an incredible experience for me.”

Cesar can be found on Twitch at: twitch.tv/czr_drums

previousJanuary’s PlayStation Plus games: Maneater, Shadow of the Tomb Raider, and Greedfall
nextMitchell: Federalism, Lack of Single Payer to Blame for Vaccine Lag